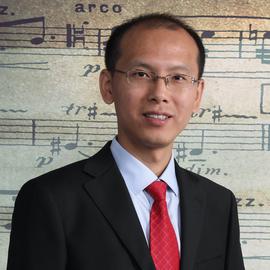 Department of Computer Science and Technology

Jidong Zhai (翟季冬) is a Tenured Associate Professor in the Department of Computer Science and Technology of Tsinghua University. He was a Visiting Professor of Stanford University (2015-2016) and a Visiting Scholar of MSRA (Microsoft Research Asia) in 2013. He is the general secretary of ACM SIGHPC China.

His current research interests include parallel computing, compiler, programming language, and performance evaluation. He has published in prestigious conferences (such as SC, ICS, PPOPP, ASPLOS, MICRO, OSDI, ATC, and PACT) and top-tier journals (such as IEEE TC and IEEE TPDS). His research received Best Paper Award at CLUSTER'21, Best Student Paper Award at ICS’21, Best Paper Honorable Mention Award at ICDCS’20, and Best Paper Finalist at SC’14. He has served as a PC member for a number of international conferences including SC, ICS, PPoPP, IPDPS, ICPP, Cluster, and PACT. He was a program co-chair of NPC 2018. He is currently on the editorial boards of IEEE Transactions on Computers (TC), IEEE Transactions on Parallel and Distributed Systems (TPDS), IEEE Transactions on Cloud Computing (TCC), Journal of Parallel and Distributed Computing (JPDC), and Journal of Parallel Computing (PARCO).

He is the advisor of Tsinghua Student Cluster Team. The team led by him has achieved 12 international champions in student supercomputing challenges at SC, ISC, and ASC. In 2015 and 2018, the team led by him swept all three champions. He has got a number of awards including CCF outstanding doctoral dissertation Award (2010), NSFC Young Career Award (2017), IEEE TPDS Award for Editorial Excellence (2019), and CCF-IEEE CS Young Computer Scientist Award (2020), First Prize of Natural Science of CCF (2021).